Meeting Civil Rights Leader, John Lewis, was one of the highlights of my barbering career. I've achieved many of the goals I've set out to achieve for myself. As many barbers aspire to work with celebrity clientele, that was not my personal goal.

They spit on him

He always felt he had an obligation to do what was right, especially when no one else would. It was almost like he gained super powers from being the only one who would stand up or speak up. I remember asking John how was it that they were able to just do these daily sit-ins and what the culture was like. He responded very candidly, "that's just what we did.”

John Lewis would never let me discount him, and he paid every time, and added a tip. You feel like you owe him when he comes, and that the sentences that he gives you are worth their weight in gold. John lived by a different code. He was a gentleman. When he entered a room, his goal was to find anyone who was hurting and to help them. If everyone was okay, his goal
was to pull himself back and push everyone else even higher. It was never about John Lewis. It was always about what’s right, and to John, when a man shaves your head, you pay him for shaving your head. No matter who you are.

I spent intimate time with Congressman John Robert Lewis on many different occasions. Sometimes, it was just he and I. I even asked John his advice on a personal situation that I was dealing with at the time. His answer was simple, “don’t give up,” and in my mind, I thought, “but John, what about this and what about that?” But, I knew the answer that he would give as his eyes were closed while relaxing under the steam and enjoying the natural healing properties of a hot towel. John simply said it again, “don’t give up.” I could almost see a little thought bubble rising from his head saying…oh that was an easy one you don’t have anything harder for me…? As I reflect upon my time with John, I know that our spirits were kindred. I know that he enjoyed our environment, our music, and that he enjoyed being serviced properly. I was taught the craft of barbering by a man John’s age, Mr. Henry Jones. Mr. Jones was licensed in 1955 and taught me as a young 16 year old the ethos and the spirit of the barbershop. I believe John Lewis felt
like he was back home and 13 years old again going to the barbershop with his father on a Saturday morning. My charge from Mr. Lewis was a simple one, “keep it going.” What I will learn over the course of my life is what John meant by “it.” As I continue to reflect on our many conversations, two things come to mind: one for myself and one for the business. For me, that the man I am in public begins with the man I am in private. You cannot hide behind the barber chair, the real you I’m referring to that is. John Lewis was exactly the man he portrayed himself to be, and that man left a small deposit of himself within these four walls. He came over and over again which says he enjoyed himself here, and that he was comfortable here. As his signature hangs on the wall day in and day out, we here at HIS Grooming will make sure that the eternal message of love and forgiveness that John lived, will not die when he’s laid to rest.. 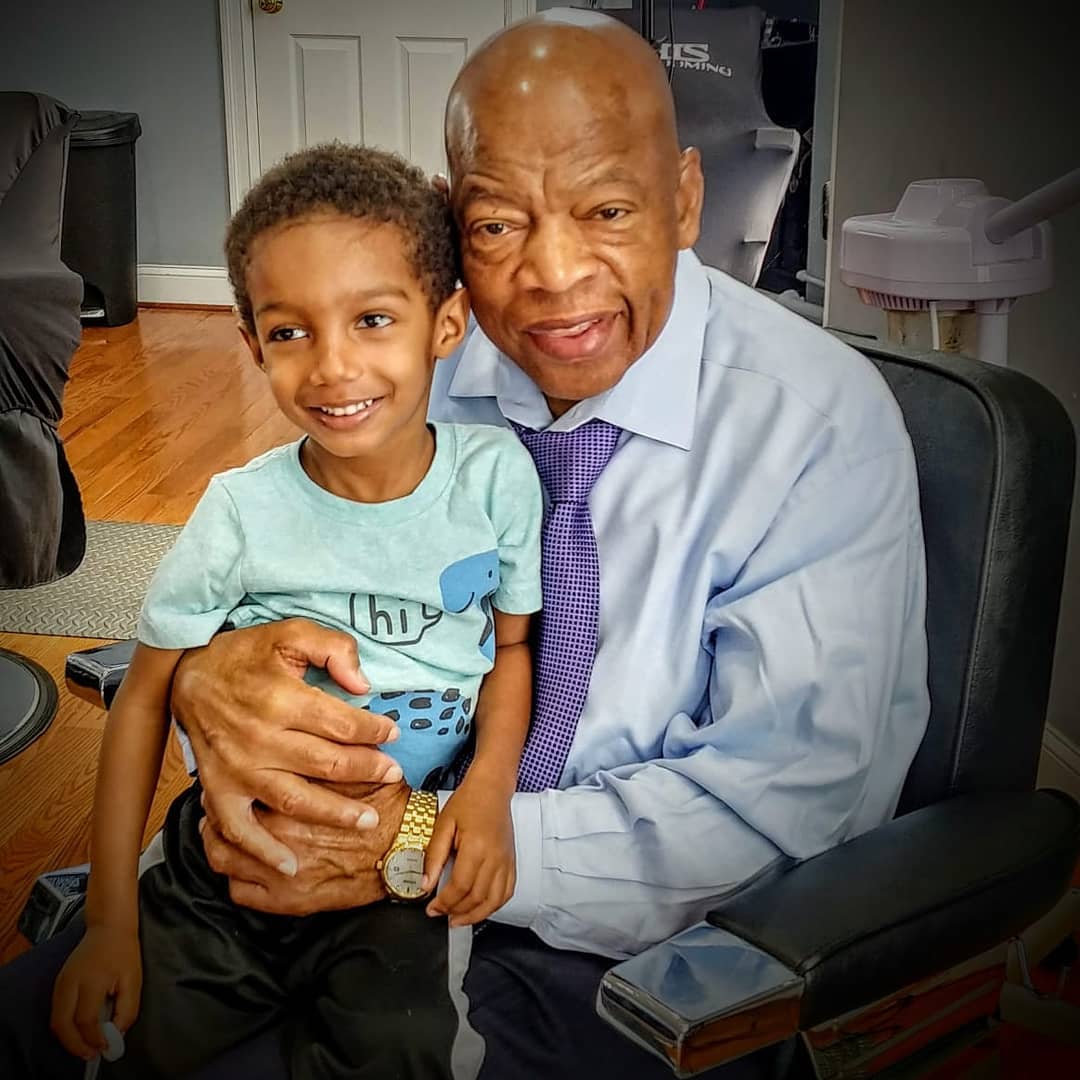 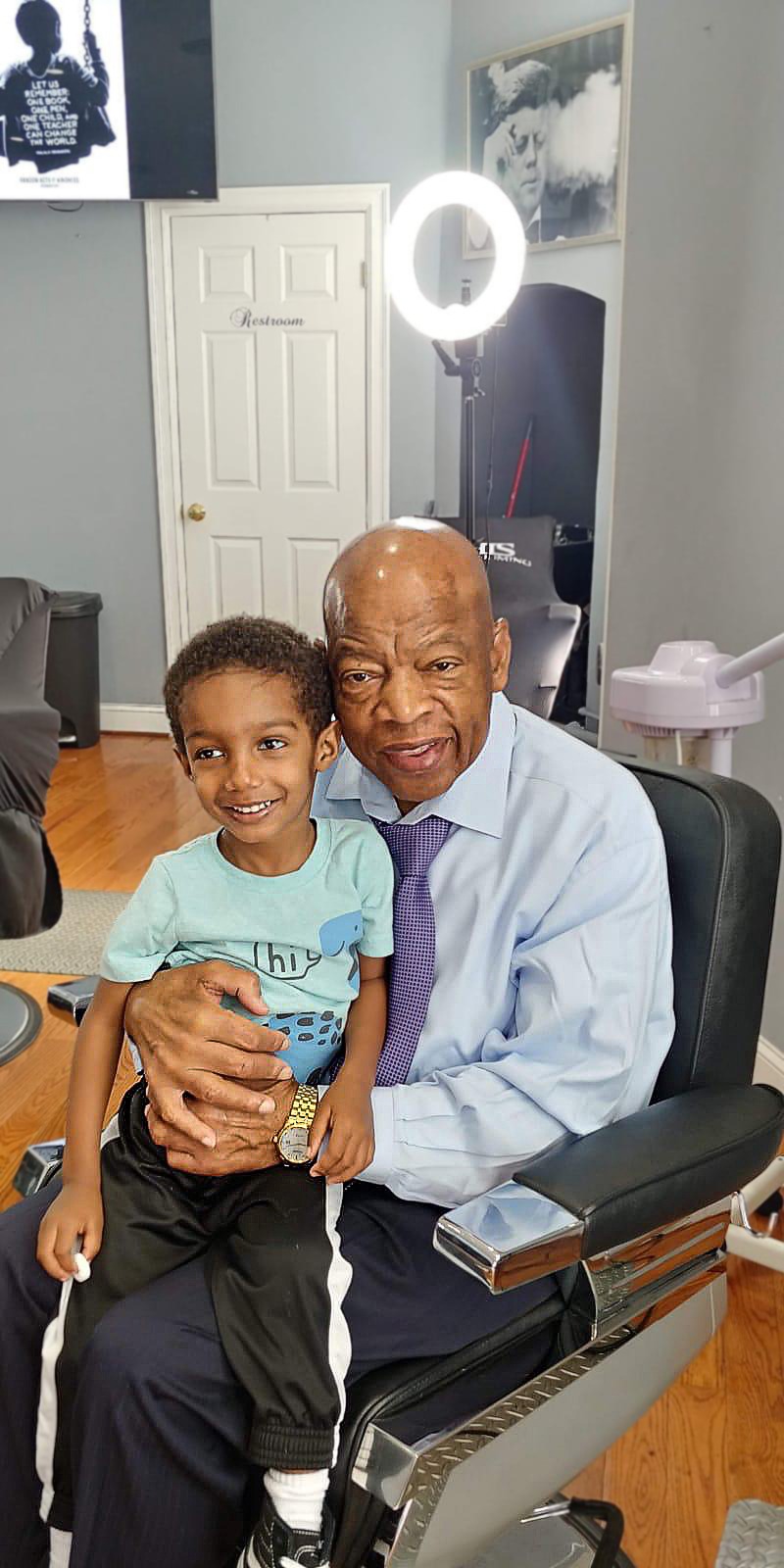 BE a part of the event

We have an event, its going to be awesome!